From Natural to Straight to Natural Again: The History of African American Hair | Natural Haircare News

From Natural to Straight to Natural Again: The History of African American Hair 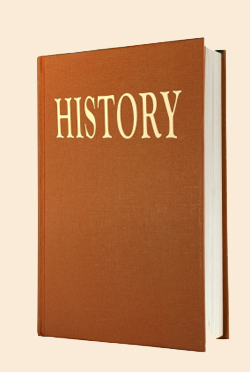 The Africans who were enslaved and brought to America wore their hair in natural styles. Braids, plaits, and twists in various styles were the norm. They used whatever they could find in the New World to soften and condition their hair when they could not readily find the ingredients or items that they used back home in Africa. Africans with loosely curled hair or straighter hair were celebrated, probably because their hair was more similar to their captors. In short, the slaves with straighter, silkier hair textures were allowed to work inside the slave owners’ homes, and they were often bought and sold at higher prices than slaves with kinkier hair.

Slaves with darker skin and kinky hair became less desirable than those with lighter skin and silky hair, and the slaves knew this. Many of us think that Madam C.J. Walker invented the hot comb in the 1800s, but that’s not true. The French invented the hot comb before Madame C.J., but she made her own version and promoted it. She fashioned a hot comb that could slide through thicker, curlier hair textures. Her design was created with African American people in mind, while the French’s design was probably more suited for people who had straighter hair. An online museum created in her honor states that Madame C.J. Walker, or Sarah Breedlove (she changed her name from Sarah Breedlove) began her business as a hair growing company. She created her products to help people who experienced hair loss.

Meanwhile, African American women sometimes pressed their hair and wore the straighter hair styles through about the 1960s, when naturally kinky textured hair become symbolic of black power, beauty, and strength. Afros, cornrows, and braids re-emerged as hairstyles of choice in the black community. The Civil Rights Movement encouraged African American to be proud of their skin color, hair, and self-worth.

Today, African Americans wear a variety of styles. Many African Americans like the flexibility and the look of bone-straight hair. Other African American people prefer natural styles, braids, twists, locks, plaits, or afros. Weaves and extensions are sometimes added to make the hair look fuller and longer.

African Americans have gone from wearing their hair in its natural state, to wearing straight styles, and back to natural styles again. Today we wear a variety of styles although there is a strong re-emergence of wearing natural hair. A growing number of women of African decent all over the globe are turning their backs on relaxers, straightening combs, flat irons, weaves, and braid extensions and are proudly celebrating the beauty of their unaltered, natural hair.

One Response to From Natural to Straight to Natural Again: The History of African American Hair