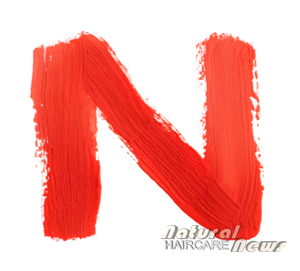 There’s more than one derogatory N-word in the English language. While “nappy” may not be quite as inflammatory as the “other” N word, terms such as nappy, kinky and the negativity associated with the texture of our hair in general still conjures up pain for black people as many books on the history of black hair highlight.

The Good and the Bad

Consider yourself fortunate if you grew up with a loving adult telling you that your natural hair was beautiful, and that kinky hair was to be admired. Unfortunately, too many black girls and boys have grown up hearing the term “nappy” used in a different light, even within their own families.  The word nappy has been used in a way that has often left our children feeling confused, degraded, or “less than”, whether intentionally or unintentionally.  As a result, the word has become so repugnant that it’s practically considered a fighting word for many.

And when the word is used by those who aren’t black, the impact of the word feels even more hurtful and disrespectful. Don Imus called an entire women’s basketball team “nappy headed” and was swiftly fired from his radio show. An elementary school teacher read the book Nappy Hair to her class as a way to teach pride to her students of color. A controversy ensued and the teacher ended up having to transfer to another school due to the negative publicity.

Turning a Negative Into a Positive

The shift to natural hair has been a positive thing.  Women are embracing their hair texture and recognizing that kinky, coily hair is in fact beautiful. With this shift towards acceptance of our hair, others are learning that afro textured hair is not a bad thing.

You can’t change the texture of your hair as it grows out of your scalp, and why should you want to? Why not focus on what you can change instead: your mindset?

Looking in the mirror and repeating:

“My nappy hair is beautiful and perfect.”

“Nappy hair is just as beautiful as straight hair.”

More things that we can do to end the negative cycle…

Hair doesn’t define a person, but how you view natural hair and how you define it says a lot about you. The next time someone spits the word “nappy” at you in a negative way, just smile and say, “I‘m happy to be nappy“!