African Shea Butter from The Tree of Life 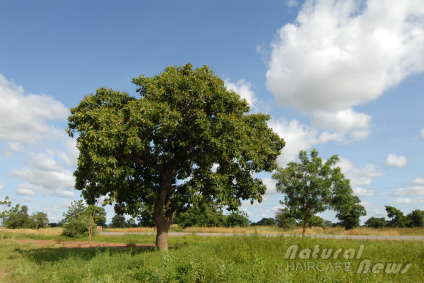 Unless you have been hiding under a rock the past several years, you most definitely heard the word Shea, as in Shea butter, floating around. It’s used in hair and skin products the world over.

It used to be that you could only find it in its pure unrefined form at your neighborhood African Market Place, weekly Farmer’s Market or the occasional Black Festival vendor. Now its in everything and every manufacturer of beauty products, big and small, is finding a way to include it in their ingredients and make sure you know that they do!

So what is the healing magic that this African Shea Nut possesses?

Shea Butter is one of Africa’s most sustainable natural resources.

It is often referred to as “women’s gold” because so many young women are employed in the production of Shea butter. In many parts of West Africa, destruction of Shea trees is prohibited because the Karite (ka-ree-tay) nut is such a valuable source of food, medicine and income for the population.

The butter is a creamy-colored fatty substance and comes from the nut of the West African Karite tree.  It is aptly named The Tree of Life.

The Karite or Shea tree can grow to about 65 feet high, with its trunk reaching to about 3 feet in diameter. It produces its first fruits when it is 25 years old and only reaches full production at the ripe age of 40-50, continuing to grow and produce for 150 to 200 years.

In Africa, this nut butter has been used for centuries, for its unsurpassed ability to protect and regenerate the skin and add moisture and protection to the hair. It is also used in cooking and is taken therapeutically for colds and flu as well as used in ceremonial offerings in the Yoruba culture.

Shea Butter is naturally rich in Vitamins A, E, and F (Fatty Acids found in fish oils and nuts), as well as a number of other vitamins and minerals.

The daily use of this nut butter reduces the appearance of fine lines and stretch marks. It decreases and relieves skin irritations, such as eczema, psoriasis, rashes and sunburn.

Shea butter can stimulate healthy hair growth. There has also been evidence to suggest that, cinnamic acid esters in Shea fat help to prevent skin damage from ultraviolet radiation – in addition to having many other healing and anti-Inflammatory benefits.

With all that healthy goodness, Shea butter is great cosmetically or medicinally because it melts on contact and is easily absorbed into the skin without leaving a greasy residue.

All Shea butter is not the same

Although Shea can be found in many over the counter products, the more Shea is refined, the less beneficial it is. The longer it sits on the shelf the more it loses its healing properties. So if you’re looking for specific healing benefits, keep in mind, highly processed Shea butter mixed with other ingredients just isn’t going to be as effective. And even though the label says Shea, there could be very little in the product itself. 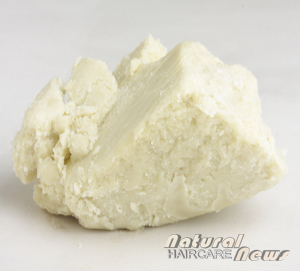 Cold pressed unrefined Shea butter is best to get maximum healing benefits from some of the more severe dermatological and other conditions.

That’s not to say there aren’t products out there that will support your treasured kinks, coils and curls!

The Organic Shea Moisture line puts out high integrity products and is one of our favorites.

If you’re wanting the authentic, raw butter, you can find it here.  And most certainly, support your local farmers market and other black vendors in your community, where you can often find the unrefined Shea nut butter in its pure form.

Note: Those with allergic reactions to nuts should be just as cautious when using Shea.