Where Do Braids and Locks Fit On The Natural Hair Spectrum? 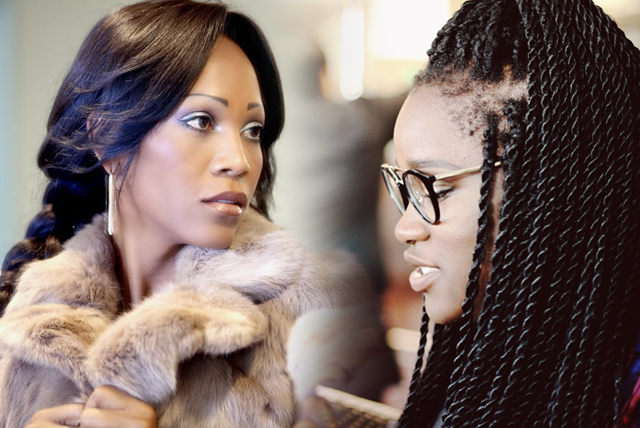 One interesting fact that I’ve noticed on the natural hair blogs and vlogs, including this one is the absence of information on braids and locks in the natural hair discussion. Is it by design – or just an oversight? Here’s our take on the topic.

For decades, especially in the early years of the natural hair movement – I’m talking the 1960’s and ‘70’s, having natural hair meant you wore your hair in a “picked” out afro or in braids. Period. Afros were almost always frizzed out versions of natural hair. Not that there is anything wrong with that. It was just the preferred method of styling. In fact, for many women, it was the only method of styling loose, natural hair. Some women put rollers in their natural hair to produce a “curly afro”, but that was pretty much it. There was no thought given to using gels and creams among other styling tools to define the curl pattern. The combed out, puffed up ‘fro was our pattern.

Popular braided styles included cornrowing, the flat braids that lay close to the scalp. In later years, extensions were added to add versatility to braided styles including adding length. Locks, also known as dreadlocks, became popular in the U.S. in the ‘80’s. According to Dreadlocks.org, locks actually date back to the “early holy men” who “Possessing nothing, renouncing the world and possessions (not even a comb) they eschewed even personal grooming, hence the inevitable dreadlocks. Dreadlocks get their name from Jamaican tradition. Those with ‘natty’ locks in their hair were to be dreaded, or feared. “ Braids and locks gave black women a sense of freedom that they weren’t used to since Madame C.J. Walker and the hot comb. We no longer needed to be slaves to our hair. We could swim, walk out in the rain, ride in our cars with the top down, and not worry about “messing up” our hair.

The shift in the natural hair movement seems to have occurred in the late ‘80’s and early ‘90’s. For whatever the reasons, women weren’t satisfied with a combed out ‘fro. Some sisters who chose to wear their hair in braids, a popular protective style, suffered from hair breakage and hair loss from too tight braiding methods and micro-braiding techniques that often broke off the hair during the process of taking out the braids.

Over time, women who opted to wear their natural hair loose and free understood that their hair possessed a unique beauty that was being hidden; mainly based on a lack of knowledge about how to care for their hair in a way that would enhance the natural beauty of their god-given kinks, coils and curls. We didn’t want to be encumbered by the excessive use of relaxers and braids. We didn’t want to control or tame our hair.

Controlling our hair in ways that go beyond braiding and locking is an exciting and relatively new alternative to natural styling that is getting a lot of attention. Women want to know more about managing their natural hair and still wearing it loose and free. We think that this is why these styling alternatives are dominating the natural hair discussion. Natural Haircare News is choosing to focus primarily on how to manage loose natural hair because that’s what black women want – information on how to groom their hair the way they want.

Should braids and locks be part of the natural haircare discussion? We say yes – as long as it’s natural and not enhanced by hair extensions since extensions aren’t natural.