Is There a Connection Between Chemical Hair Relaxers and Fibroids? | Natural Haircare News

Is There a Connection Between Chemical Hair Relaxers and Fibroids? 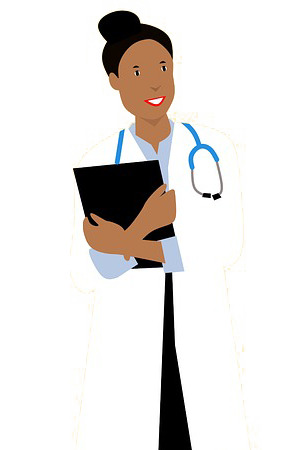 Our goal at Natural Haircare News is to continue to find the most timely and pertinent news about natural hair and related topics that we can find.  We hope that you find this “news that you can use”.

We recently found a timeless article that connects chemical hair relaxer use to fibroids.  Black women are more likely to suffer from fibroids than any other racial group.  Is there a connection between the regular use of hair relaxers and fibroids?

Below is an article pulled from the archives of BlackDoctors.org that shares information from a study done on this very topic.  The article was written by Charlotte Evans, BlackDoctors.org.

A new study in the American Journal of Epidemiology has linked hair relaxers to uterine fibroids, as well as early puberty in young girls.

Scientists followed more than 23,000 pre-menopausal Black American women from 1997 to 2009 and found that the two- to three-times higher rate of fibroids among black women may be linked to chemical exposure through scalp lesions and burns resulting from relaxers.

Women who got their first menstrual period before the age of 10 were also more likely to have uterine fibroids, and early menstruation may result from hair products black girls are using, according to a separate study published in the Annals of Epidemiology last summer.

While so far, there is only an association rather than a cause and effect relationship between relaxers, fibroid tumors, and puberty, many experts have been quick to point out that the hair care industry isn’t regulated by the FDA, meaning that there’s no definite way to fully know just how harmful standard Black hair care products really are.

Fibroids are tumors that grow in the uterus. They are benign, which means they are not cancerous, and are made up of muscle fibers. Fibroids can be as small as a pea and can grow as large as a melon. It is estimated that 20-50 percent of women have, or will have, fibroids at some time in in their lives. They are rare in women under the age of 20, most common in women in their 30s and 40s, and tend to shrink after the menopause.
For more information on fibroids and their risk factors, visit BlackDoctor.org