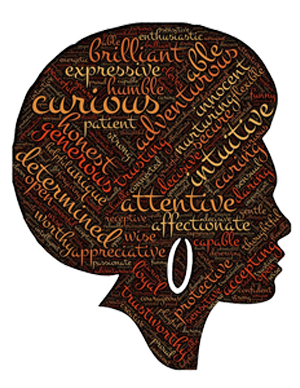 A whole exhibit celebrating the Afro hair style? Yes, but you’ve got to get to Fort Wayne, Indiana to see it, at least for now.

The Fort Wayne Museum of Art exhibit sheds a spotlight on the beauty and uniqueness of our natural hair – in particular, the afro.

According to Michael July, the photographer behind this fun and flattering display of kinks and coils, he got the idea after attending an Afro Punk party in 2006.

“I noticed the most attractive young couple with large, perfectly rounded Afros. I wanted to shoot them so badly but was a bit hesitant because they were in such a playful zone that I was afraid I would interrupt it. Then out of nowhere they both looked at me and simultaneously asked “Aren’t you going to shoot us?”

It was then, he says, the idea for a coffee table book honoring Afro hair was born.  His ongoing journey, with this labor of love, has resulted in the current exhibition.

Catch the “Celebration” if you can!

The exhibit opened April 27, 2013, in Fort Wayne, Indiana and continues until August 18th.

Afros: A Celebration of Natural Hair by Michael July