Oprah and Her Natural Hair: Is She a Role Model? 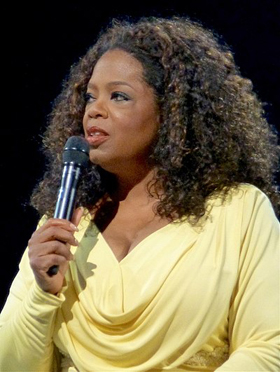 She’s one of the most powerful women in the world, recognizable on a first name basis: Oprah. She has her own network, magazine and on occasion, hair issues.

When she appeared on the September 2013 O magazine cover with a ‘fro so huge it was hard to believe, tongues started wagging. This isn’t the first time one of the world’s richest women wore a more natural look (whether it’s all hers or not), but any time she does, she’s subject to a type of scrutiny only reserved for the powerful and famous.

Other celebrities who have stirred up controversy and conversation because of their natural hair include:

The longer the hair, the bigger the conversation. “Is it all hers?” “There’s no way that’s all natural.” “She must be mixed.” These are just a few of the comments you’ll read and hear when discussing a celebrity’s natural look. In most cases, it’s not completely natural, but the fact that a famous face is willing to turn her back, however temporarily, on the straight standard of beauty is always cause for discussion.

Is it fair that famous black women have to take up the mantle for being natural? When President Barack Obama was first elected in 2008, some people speculated that Michelle Obama should wear a more natural style to better relate to African Americans. But is it really her duty to wear the mantle for black women who are natural if she prefers to wear her hair straight?

While it would be wonderful if every black woman in the public eye wore her natural hair, if only to inspire the masses, it’s not the responsibility of Oprah or Solange or Michelle Obama to act as natural ambassadors. Once you understand that many celebrities sport some kind of hair addition, viewing them as role models, even when they’re going for a natural vibe, is less than realistic. Instead, try and appreciate the ones who do love and wear their natural hair while not expecting it of everyone.