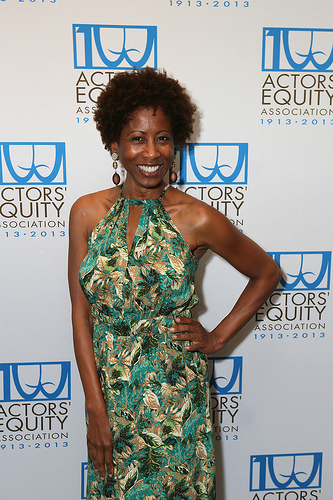 Hi, my name is Pamela, (Hi Pamela), and I am a Hollywood Natural.

I have been a working actress in Los Angeles for over 10 years now and I wrote an article last year here on NHCN entitled Acting Naturally: A Personal Journey;  so I’m no stranger to this topic.

After attending a natural hair event in LA in November, “acting naturally” has been heavy on my mind once again.

A celebrity hair stylist, on one of the panels, commented about her experience working with black female celebrities.

To paraphrase the stylist, even though there is a big natural hair movement within the general population, Hollywood is very slowly joining that movement. There are “working” black actresses in Hollywood with natural hair but they cover it up with wigs and weaves when working and in public. Although she’s optimistic, she didn’t see many if any who were representing on-screen.

There were several actor naturalistas in the audience, myself included, who softly countered that observation with each other.

When it was all said and done though, I knew that I wanted to have a stronger voice around this Hollywood image issue.

I am here to say that we kinky, curly, afro textured actresses are out there and we are not covering up. We are bold in our representation and we  are being hired, kinks and all!

The media and movies – Hollywood – has always influenced the public at large. If you’re a big celebrity, that influence is major.

Now, as much as my twelve year-old niece, Anya, believes I’m a celebrity because she sees me on TV, my fan base, at the moment, isn’t that far-reaching.

I’d like to think though that every time a young black girl or anybody sees me on television in all my natural hair glory, a covert and overt message is being sent to raise image awareness, self-esteem, where needed, as well as build a “new normal” for everyone.

That black girls – who rock by the way – in particular, will be encouraged to explore, if not already doing so, fully being her authentic and unique self.

In the meantime, I’m going to continue being the solution, in all the ways I possibly can, to shift the monocratic Hollywood view of what it is to be beautiful.