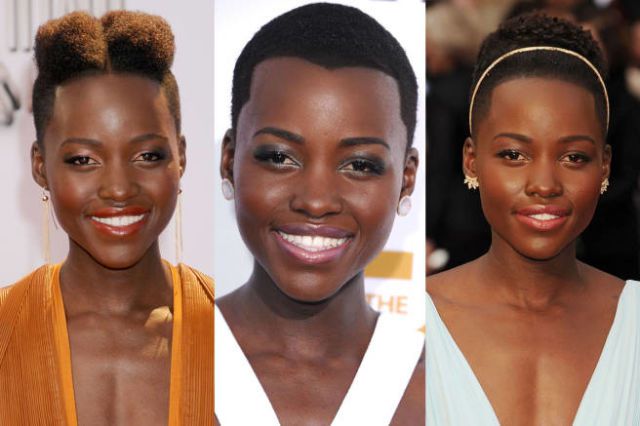 Who knew that the teeny weeny afro (TWA) could be styled in a breathtaking way? Lupita Nyong’o apparently did – or at least her stylist did!

The TWA is traditionally known to be no more than that boring, uninteresting and unvarying phase between the big chop and an afro. That is until Lupita boldly and beautifully stepped up to change that perception.

During the awards season, we witnessed Lupita sporting her TWA with a widow’s peak, parted down the middle, cropped close, in a faux hawk and adorned with headbands.

Elle Magazine interviewed Lupita’s hairstylist who revealed how they came up with the ideas for the amazing styles the award-winning actress wore on the red carpet and beyond.

You can read the interview here.