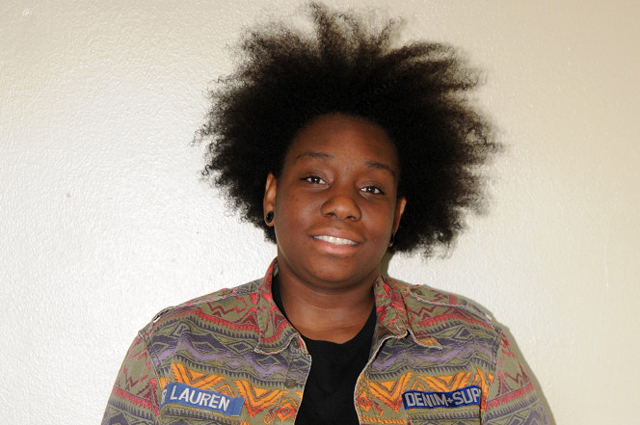 It seems that work and natural hair just doesn’t mix – at least in this case  where a naturalistas’ curly, coily, kinky hair seems to be synonymous with  ‘unkempt’ and ‘unprofessional’.

A former employee of AEG Worldwide, which contracted with Barclays Center in Brooklyn, claims that she was fired because of her naturally textured hair which she refused to ‘tame’.

According to Tiffany Bryan, 27, she was regularly asked to do something about her hair before she was eventually fired. Her hair-related problems at work started last March when one supervisor told her she looked like she was electrocuted. From then on, the comments were relentless. She was asked to wear head bands to control her hair which she complied with, and eventually was told to pull her hair into a ponytail. When Bryan told her employer that it would be difficult to pull her hair into a ponytail, she was axed.

Bryan is now working as a mail carrier and is suing her former employer for $900,000.

In an interview with the New York Post, Bryan stated that she could not understand what the problem was, and that she received a lot of compliments about her hair during events at Barclays.

A few years ago, Bryan underwent chemotherapy to battle bone-marrow cancer and beat her cancer. At that time, she  decided that when her hair grew back, she would keep it natural.

“I just didn’t want to put any chemicals in it after that. After you lose it, you don’t want to do anything that might cause a problem again.”

But little did she expect that her decision to keep her hair healthy and natural would cost her a job.

What do you think about the request from the employer?  Should she have been fired? Based on the photo, was her employer right to ask her to ‘tame’ her hair?