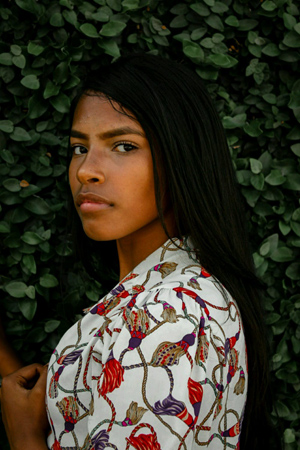 We found an insightful article on NPR Radio’s blog page “Common Health, Reform and Reality” on the dangers of chemicals used to straighten hair.

The article adeptly touches on the challenges that many women and girls face who choose to be natural.

It is still unacceptable in some circles to wear your hair in all of its kinky, coily, curly, natural glory and some women and girls are under pressure to wear ‘acceptable’ hairstyles.

‘Acceptable’ always means smoothing or straightening the hair and in the case of chemical straightening, we are putting our health at risk. What message are we sending when we tell women that the hair that naturally comes out of their heads is not acceptable?

Here’s our summary of the article. You can click the link at the end of the post to learn more details.

In 2014, the Pentagon issued the controversial Army Regulation 670-1 which banned several hairstyles commonly worn by black women including twists and dreadlocks because these styles were viewed as being ‘unclean’, ‘unprofessional’ and ‘unacceptable’. After some backlash, the regulation is now being reviewed.

In the same year, a school in Florida threatened a 12-year-old student with expulsion if she did not straighten or cut her ‘distracting’ natural hair. The school failed to address the fact that the girl was being bullied by her classmates.

A weather forecaster was fired in February of 2014 after she defended her choice of wearing her hair natural on her television station’s social media page.

There are more stories out there that demonstrate how people, including some black people, view our natural hair.  Natural hair is not just different, but ‘less than’. Our kinks, curls and coils as unacceptable.

As a culture, we have spent years conforming to the widely accepted perception of what beauty is which includes having straight hair. But this styling choice presents a losing proposition for black women since changing the texture and appearance of our hair via chemicals exposes our bodies to the harmful chemicals contained in these products.

One dangerous chemical found in hair products is the phthalates, an endocrine-disrupting chemical. High phthalate levels in the body can lead to a variety of illnesses and health issues that may include:

For black women, the price of having permanently straightened hair can be very high because we are putting their own health at risk. And what’s more alarming is that black females are exposed to these harmful chemicals from a very young age.

You can read more about the topic here.

Linkedin
Tagged with: black women hairstyle • dangers of hair relaxing • health issues for black women who chemically straigten their hair • Is perming your hair bad for your health