The Black Power Movements’ Influence on the “Natural Hair Movement” 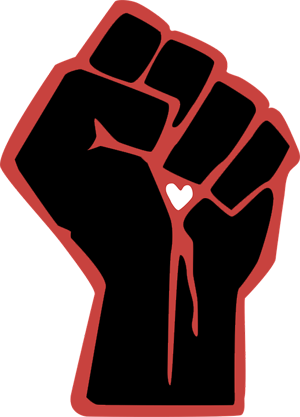 Before the term “natural hair” became a household phrase in black communities there was the Afro or “fro”; which was popularized during the Black Power Movement.

The Black Power Movement, borne out of the Civil Rights Movement, despite the negative connotations that were associated with the movement at the time, emphasized racial pride and self-help for a people who often were treated as second-class citizens. (Remember that the Jim Crow laws which legalized racial segregation and discrimination were not banished until 1965).

The Afro – natural hair worn in its picked and puffed kinky, frizzy, textured glory, was one of the symbols of the Black American’s journey towards self-pride and acceptance.

Women were encouraged to embrace their own natural beauty, which meant putting down the hot comb and relaxers which were used as a beauty staple for decades and letting their natural hair take center stage.

Men were also encouraged to wear their natural hair with pride. “Conking”, a popular hair straightening method for men as well as the traditional closely trimmed hair cuts that were considered acceptable at the time were deemed only for “Uncle Tom’s”. The bigger and rounder the ‘fro, the more you were supposed to be in touch with your “black” identity.

During this time, there were some blacks and whites alike who felt that the Afro represented something more menancing than just an interest in accepting our textured hair the way it grew out of our heads. Wearing our hair in its natural state was viewed as a political, (militant), anti-government statement; and there is no doubt if you look at the history of the movement that the Afro indeed represented some or all of the above depending on who you spoke to.

Fast forward 50+ years. Choosing to go natural has become more of a personal choice. Women are choosing to go natural not because they are making a statement per se, but because they love the kinky, coily, curly texture of their hair.   Yes, some of us are still taking a personal stand: We don’t want to accept as gospel someone else’s standards of beauty and we choose to embrace our ethnic beauty in its’ own right. Some are just tired of relaxers. Still others have health concerns about the safety of exposing our bodies to chemicals.

Regardless of why we choose to wear our hair natural, it all started as part of a movement that encouraged, self-love, self-respect and pride of who we are as a people.