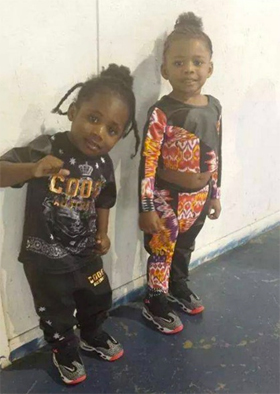 The children were allegedly left unsupervised while their mother, Ciarria Johnson was at a local hair salon having her hair styled. Ciarria told investigators that she asked a neighbor to look after the children while she was at the salon but according to CNN, the deputy chief of police disputed the mother’s claims that neighbors were asked to watch her children while she went to the hair salon.

Neighbors tried to rescue the two children but were unable to access the home due to the smoke and flames.

The mother, who learned about the fire after being contacted, rushed home to find the house in ruins with her babies inside was treated at a local psychiatric hospital. According to CNN she will be charged with negligent manslaughter.