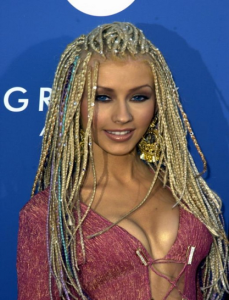 The adoption of what is considered to be a black women’s hairstyle by white women is a big topic of conversation on the Internet.

White women, most notably celebrities, have been sporting cornrows and box braids over the last few years and the trend is not limited to the entertainment industry. The very act is referred to as cultural appropriation: The adaptation of some part of a cultural element or norm associated with people of color.

I am going to take the position of “devil’s advocate” and pose the following:

There is an interesting video featuring Amandla Stenberg, (who played Rue in the Hunger Games). Amandla shares her perspective on cultural appropriation as it relates to hair and other aspects of black culture: