Video: 3-Year-Old Encourages Dad While He Does Her Natural Hair 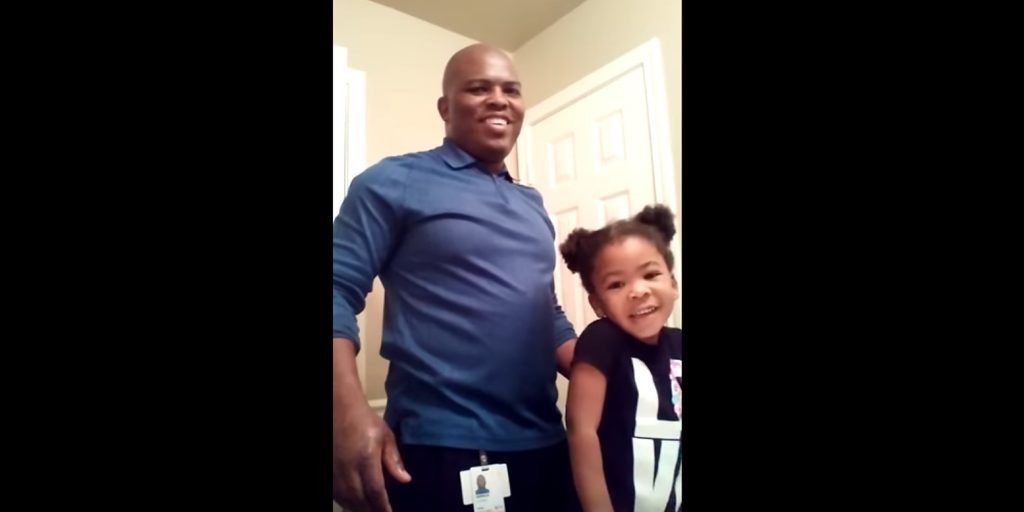 Barber, Derrick Culpepper is no stranger to hair, but styling his 3-year-old daughter Linda’s hair proved to be a challenge. In an almost one-and-a-half minute video, the dad attempts to put the little girl’s hair in two puffs. While Derrick is applying products and brushing her hair, Linda does the cutest thing by encouraging dad along the way. “You’re getting it through! You’re almost done. You’re doing a good job,” Linda says!

Not only did the 3-year-old encourage her father, but she also tells him to add more grease, brush, and “put it band on it [the puff].” While Mr. Culpepper is doing his daughter’s hair, he gives her heartwarming words. “You’re so awesome,” he says. The viral video reached over 6 million views on Facebook alone and serves an inspiration to dads who want to do their daughters’ hair.

The interaction between the father and daughter team, also known on YouTube as the “The Dynamic Duo” teaches us a lot of things. One of them is that natural hair requires patience. It requires patience and the willingness to learn what works for your hair. Although, the video is between father and daughter, we as naturals can relate! How many times have you done a twist-out or other style for the first time and needed to encourage yourself through the process?

The second thing is to encourage our children. We have to pour positivity and self-confidence into them. Little Linda’s words were a result of church and what her parents taught her, and we know that was some good teaching!