Having Locs May Mean Unemployment: Should You Choose Your Hair or Your Job? | Natural Haircare News

Having Locs May Mean Unemployment: Should You Choose Your Hair or Your Job? 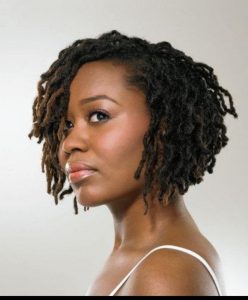 It’s 2017, and war is still being raged on natural hair when it comes to employment. Wait a minute — what about that fine print that says a company can’t discriminate based on race, color, religion, etc.? Because of that disclaimer, the EEOC, on behalf of plaintiff Chastity Jones, took her case to court.

Ms. Jones had received a job offer, but the company that hired her rescinded the offer based on her locs hairstyle. The Court then ruled that race-based discrimination covers the color of one’s skin and not the hair. (We’ll get into a discussion of white people with locs another time. For now, let’s assume that the majority of loc-wearers are of African descent, which is true.) For court documents to assert that a locs style “tends to get messy” is, in this author’s opinion, problematic, and here’s why: All hair can look messy. Straight hair can look just as messy as curly hair or locs depending on the grooming, or lack thereof. Yes, there are locs that aren’t as neat as others, just as there are straight bobs that look like the wearer just woke up. To rule that locs can look “messy” does imply bias. Because most loc-wearers are black, it implies racial bias.

The vast majority of loc hairstyles I’ve seen have been neat and beautiful. But this is where perception comes into play. Some people are going to look at natural hair, and no matter how healthy, lush, full of sheen and volume it is, they’re going to proclaim it unprofessional, unkempt or ugly. This is what happens when you live in a society with a particular set of beauty standards, and your beauty doesn’t fit into those standards.

What Does This Mean for Us?

So what does this mean for your job? What happens if you get a new boss who, unlike your last one, decides that locs are a messy style and gives you two options: either change your hair or change jobs? What recourse do you have? Unfortunately, with this latest ruling that gives employers the right to deny hire to loc-wearers, it looks like, for the time being, there’s little to no recourse to be had. Some people will have to choose between being employed and being loc’d.