Requiem for a Relaxer: Confessions of a Born Again Natural | Natural Haircare News

Requiem for a Relaxer: Confessions of a Born Again Natural

Ajah
Ajah Hales is a fierce proponent of sunblock for all and the owner of
Golden Goddess Cosmetics, a natural hair, skin and self-care Company
located in Cleveland Heights, Ohio. You can find her on Instagram at
@golden_goddess_cosmetics.

Latest posts by Ajah (see all) 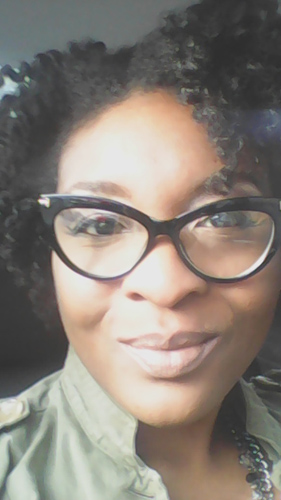 Now I, like many naturalistas, am learning to shoulder the right and responsibility of standing in the gap, unapologetically taking up space on the page so that other little brown girls can learn they don’t have to shrink their hair (or themselves) to fit anyone else’s expectations.

Looking back on my decade-long journey to self love, I realize that my hair and psyche went through the five stages of grief: Denial, Anger, Bargaining, Depression, and finally, Acceptance. I was not mourning the death of my relaxed hair, but rather coming to terms with the loss of socio-political acceptance and relative invisibility that comes with wearing exclusively white normative hairstyles. Each stage was filled with hard earned lessons about my own preconceptions and self perceptions that have shaped me into the woman I am today.

It is my hope that by being publicly vulnerable, I can stop mourning the loss of a life in the margins and start celebrating the joy of one lived fully on the page.

I just prefer the way my hair looks straight.

This was my go-to line for over six years. I had given up relaxers, but I was far from embracing my natural curl texture– I didn’t even know what my natural curls looked like at that point. I used to mix up a paste of avocado and molasses that I painted in my hair every four to six weeks (sound familiar?), sit under the dryer for two hours, rinse, wash, deep condition, and wrap, sit under the dryer for another two hours, then flat iron in small sections to achieve the exact same look and style I wore when I was a creamy-crack addict.

It’s a wonder I had any hair at all.

I knew very little about taking care of my natural curls, and I had a million excuses why I didn’t need to learn.

Straight hair is easier  to manage, I would say, knowing that wash day was an eight hour affair and that I needed daily flat iron touch ups to keep my hair bone straight.

My hair likes heat. This was the worst lie of them all, because it allowed me to do years of unnecessary damage to my curls and justify it as necessary maintenance. My hair is thick and dense, which allowed it to withstand years of heat with relatively minimal breakage. I remember telling my best friend about eighteen months into my journey: “My hair is trained. It’s mostly straight, even after I wash it. Now it’s much easier to deal with. You should go natural too.”

My hair wasn’t ‘mostly straight’. It was heat damaged. It appeared to have reached a growth plateau– I couldn’t get my hair to touch my collarbones, despite shelves and drawers filled with expensive styling products and growth aids.

My hair was growing at the same rate that it was breaking, and we both needed a break. I decided to purchase a variety of synthetic ponytails and rock updo’s for a while. 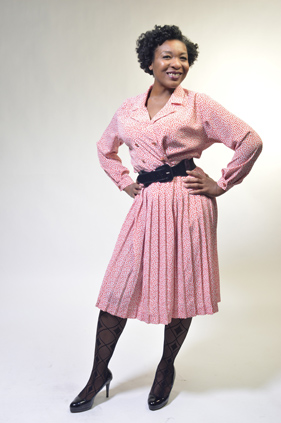 It burned my soul inside…

In the fall of 2011, a forty three year old man by the name of Troy Davis was executed in the state of Georgia. I was working as a community organizer in Akron, Ohio at the time. My fellow organizers and I sat in a seedy bar and watched the protestors gather outside the Georgia Diagnostic and Classification State Prison. Twenty two years ago, young Troy Davis was convicted of murdering a police officer on the testimony of nine eyewitnesses. For over two decades Davis maintained his innocence. Seven of the nine eyewitnesses recanted their testimony prior to Davis’ execution and one of the holdouts was a primary suspect in the original case.

None of the organizations I respected thought there was enough evidence to execute Troy Davis. The NAACP, ACLU, Amnesty International, and the Southern Poverty Law Center all made cases for a stay of execution. We had a black President that everyone was looking to for an answer, but his hands were tied by the Tenth Amendment.

The Governor of Georgia exercised his right to end Troy Davis’ life, and a spark of anger began to rise in me like the slow fizz of bubbles in my double IPA.

In February 2012, George Zimmerman murdered an unarmed teenager named Trayvon Martin and the spark caught flame. By the time President Obama famously noted that his son would look like Trayvon Martin, I had already realized that we, black people across the diaspora, were all Trayvon.

We were all vulnerable, even in our own homes and neighborhoods.

We were all criminalized, as if the hue and tone of our skin, in and of itself was a deadly weapon.

As a part of ‘we’, I too was vulnerable.  No matter what great heights I attained financially or politically, how many designer suits I wore or how long and sleek my hair was, I would always be black first, ‘insert attribute’ second.

I stopped straightening my hair.

I lost any semblance of patience for micro-agressions, making it my personal mission to snap back as often and as loudly as humanly possible.

I committed to making white people feel uncomfortable whenever they caused me discomfort. I alienated a few potential allies but overall engaged in deeper and more meaningful interactions with my friends of European descent.

I wrote beat poetry and sat in speakeasies discussing black power and smoked weed and listened to jazz vocalists and referenced Ta Nehisi Coates read The Fire Next Time. I was deliciously, aggressively black.

Imitation is the sincerest form of flattery.

By the end of 2013, Natural beauties were appearing everywhere: on billboards, in high fashion ads, in my living room on a nightly basis.

These women had a variety of skin tones, body types, and sexualities, but they all had one thing in common: perfect natural hair.

Their curls, short or long, were always perfect, uniform ringlets. Their hair went from coily to straight with minimal difficulty and without any heat damage. They had no issues with beaches, pools, or showers. If portrayed on television, they slept with their hair loose or in a low pony- never a bonnet in sight.

I was fine with natural hair, just not mine.

I was making deals with myself like: If I do a rod set with heat this week, I can wear crochets for the next two weeks, so my hair wont be that damaged.

Although I felt like I was coming to love my hair, I still hadn’t moved any closer to embracing my curls the way they grew out of my head.

I had simply glommed on to an alternate commercially produced standard of beauty, a standard that was still safely within the confines of white normative ideals.

The opposite of happiness is boredom.

By the end of last summer, I had tried every iteration of natural styles imaginable. I’d learned that my hair preferred shea butter in the winter and coconut oil in the summer. I had mastered simple protective styles like the elegant crown flat twist and more complex ones like the dreadfully difficult victory roll pin up.

My hair had seen and done it all. I was secure in the versatility of my tresses and comfortable with the kinks of my personality.

My hair was healthy, thick, and free of heat damage. But I still didn’t love it.

I was bored with my hair. A few weeks ago, I was tempted to cut it all off or dye it some outrageous color, just to be able to see something radically different in the mirror each morning.

The truth is, I like to surprise people with my appearance. I like that the Ajah you meet in March will not look the same in April. I abhor predictability.

Yet lately I’ve been wondering if that’s just another set of excuses I use to avoid revealing my ‘true self’ to the world. I rarely leave the house without eyebrow gel and slayed edges, even if I’m just walking to the corner store. I still feel more confident rocking big, stretched styles and long synthetic coils than I do wearing a shrunken, wash and go look.

I still wear wigs, synthetic puffs, or high buns when going on a job interview.

Am I changing my looks because I like variety, or code-switching my hair for notoriety? 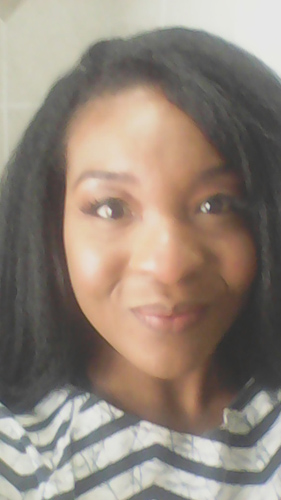 I would like to say that some time in the near future, I will reach a state of #CurlZen where I don’t feel the need to add extensions to updos, where I don’t mind when people touch my hair, and I feel confident wearing a wash and go to a job interview.

The truth is this: I will always change it up. I will never accept unsolicited hair contact, and I still think an elegant high puff is the most professional natural style.

I’m not perfect, and neither is my hair.

We are fragile, thirsty, abrasive, contrary, tangled, holding multiple realities, stressed out, stretched out, and deeply damaged at the core.

Yet we are versatile, resilient, gravity defying, and beautiful beyond all imagining.

And we are worthy of love.

As women of color continue to live boldly outside the confines of societal expectations for our hair, we continue to expand American normative culture to include standards of beauty that mirror the changing demographics of our nation.

As we move out of the margins and onto the page, proudly embracing the social and political consequences of being fully ourselves, we teach love and acceptance to future generations. We change the book.