You Don’t Need a License to Style Natural Hair? 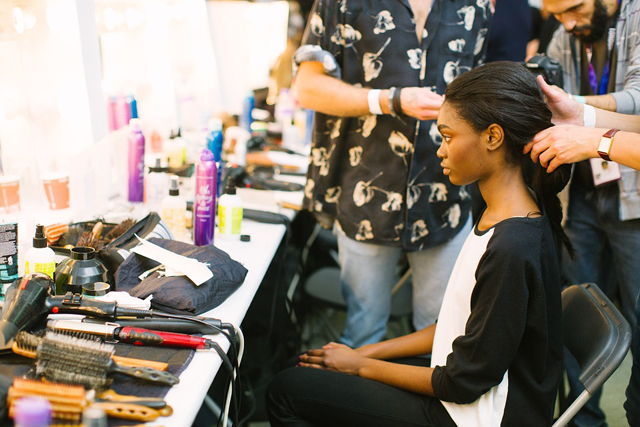 Many of us know at least one woman who used to do hair in her kitchen on the weekends. She hooked up your friend’s braids on a regular and told you she could “squeeze you in” after she gets off work on Wednesday. That home entrepreneur was someone who made the best of their hours while using their natural talent to make your hair shine. Did you ever wonder if she had a cosmetology license? Did you even care? Probably not. Well, Tennessee House Bill 1809 and Senate Bill 2233 is set to make that issue irrelevant for natural hair stylists. The Bill would allow anyone styling natural hair to do so as a legitimate business, and without a license from a cosmetology school.  The impact of passing such a bill is unknown but we can take a look at some of the possible good and bad effects.

A cosmetology license requires two things; money and time. There are some women who simply don’t have much of either. Some people argue that without the use of hazardous chemicals like perms, there is no risk involved. It would reduce the cost of starting a business by saving the stylist the over three thousand dollars needed to complete schooling. It should be mentioned that a license doesn’t guarantee success.

Education is always a good thing and in the case of hair, we naturals are particularly vulnerable to stylists who lack the proper knowledge. Any stylist that understands hair porosity and what it means to have protein sensitive hair is a rare gem and should be appreciated. The likely hood of a stylist understanding these elements only increases with schooling. A license also guarantees that the stylist is aware of good sanitary practices. There are enough hair horror stories going around to understand why some people feel it is necessary and worth the cost.

The bill, if passed, will be effective January 1, 2019. So, with both sides bringing up important points, it is hard to predict what will happen. But at the end of the day, most people won’t care how the hair stylist got there, just as long as the hair looks good.