Why It’s Legal to Ban Natural Locs at Work 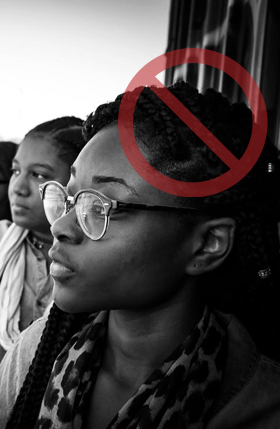 Did you know that it’s actually legal to discriminate against people with loc’d hair? I didn’t, and it was shocking to me too. Many people are completely unaware that this type of discrimination is considered legal. On September 15, 2016, the U.S. Federal Court of Appeals ruled that it was legal to do so because locs are considered a hairstyle that can be changed.  This decision came after a lawsuit filed by Jeannie Wilson, who claimed that she lost a job offer because of her natural locs. The HR manager located in Mobile Alabama reportedly rescinded her job offer after describing the hairstyle as “messy.”

This decision came without any true understanding of the spiritual and cultural significance of natural hair and locs. Although people of all races can and do wear locs, we all know the majority of people who do wear them are black. Since this country has a long history of disguising racial discrimination in seemingly generic laws that are actually targeted to an oppressed community, this decision feels a little too familiar and particularly hurtful. The idea that anyone can or should simply change their locs is detrimental and damaging to an entire community of people. There are many reasons people wear loc’d hair. But, it’s considered to be a permanent style with the only feasible way to change it being to cut them all off.

At this point, the only legal option left for Wilson is to appeal to the highest court of the land; the U.S. Supreme Court. The best thing to do is be aware. When you hear of a company that chooses to discriminate, write about it, tweet it, and boycott if necessary. It may be legal to discriminate in this manner, but that does not mean we should support the companies that do.