When I first decided to cut off my relaxer, in a moment of haste, I had no idea what journey I was embarking on.

I didn’t consciously do it to make any political statement or because it was time to get back to my roots.  I hadn’t realized, I was going to do it at all, until I sat in my New York City, stylist’s chair and said:

“Cut it off… and no relaxer touch-up”.

Now since she had been my stylist for some time,  (I had followed her to two separate salons) and helped me grow some bouncing and behaving tresses, she looked at me like I had severely insulted her character. 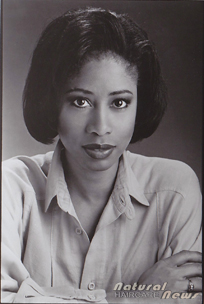 “Yes, cut it off”, I said.  “I have enough new hair growth since I couldn’t afford to come in and get my hair done before today. Plus I want something new and different and easy to maintain.”

Pensively, she looked at my face through the mirror for a moment, then I saw the excitement well up in her.

“Okay!” she said.  “Will you let me color it, I have something great in mind?”

And my natural hair journey began.

That was over 14 years ago and in spite of some comments, in the beginning, from certain family members, friends and colleagues, who will remain nameless, the journey although not always seamless, has been a great, ongoing, love story with my kinky, coily hair.

“What have you gone and done now!”

“Well, you’ll never get any acting work looking like that.”

“If you’re not booking (Actor speak for landing a job) it’s because of your hair.  White folks don’t like that natural stuff.”

Unintentionally, I made this ‘dramatic’ shift within months, before moving to Los Angeles.

“That may fly in New York, but this is Los Angeles!”

Well, you get the picture. 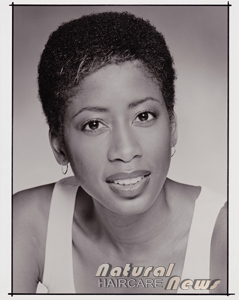 After I swallowed a little bit of pride, and shook the naysayers off, something amazing started to happen.  I really liked the way I looked with my short, Lucille Ball colored natural. Yes, she colored it a rich red!

My self esteem actually shot up and the comments from passersby reflected that.  I felt like me, although I didn’t know I wasn’t feeling like me before, and when I walked in the room of casting directors and network producers, they saw a vibrant, confidant, self-possessed and I dare say, engaged and engaging woman and my “bookings” began to increase!

Obviously, every actress isn’t like me, but, before I went natural, I was constantly second guessing what my “package” looked like and was it enough. I was always concerned about what “they” wanted and not completely engaged when I walked in the room.  Is my hair long enough, should I get a weave, is it styled correctly, how are the other “working” black actresses wearing their hair? Am I acceptable!

I’ve always been a bit of a Bohemian, but going natural, I organically found my true style. Some friends have coined it, ‘earthy elegance’.

Don’t get me wrong, I met up against professional opposition as well. I had dreadlocks for almost 10 years before cutting them off a couple of years ago.

At one audition, I literally had the producer engage me in a conversation about wanting to hire me for his major companies training video but figured my hairstyle would be obsolete in a few years and would “date” the video. I very lovingly, (it took some effort) gave him my thoughts, thanked him for his time and left. 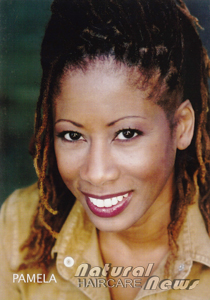 The past few years, as the natural hair resurgence has found its way to the mainstream again, it is a joy to see that ones kinks, curls and waves don’t have to be short and tapered to be accepted or in braids or twists with hair extensions added to it.

Everywhere I turn on the TV, in commercials and prime time programming, I’m seeing women and men with big, loose, natural hair, making bold statements, whether they planned to, want to, or not.  And just like we actors have accepted the daunting reality that “Reality TV” is here to stay, so to, will society at large and the entertainment industry realize, that “back to natural” is not a temporary “movement” but an authentic way of life for us Naturalista’s.

We want to know what you think.   Be sure to leave your comment below.