Division in the Natural Hair Community – The Curl Pattern Divide 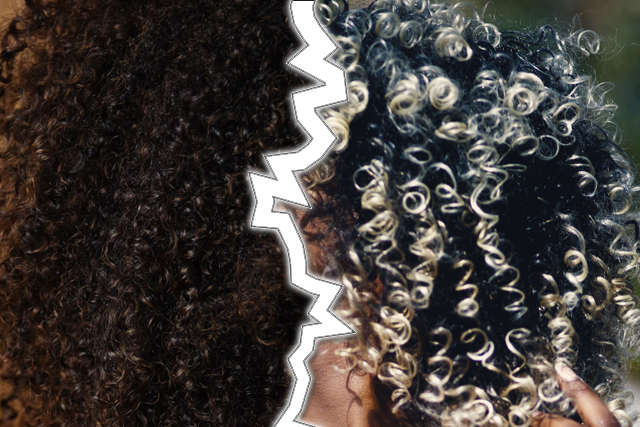 If only the phrase “good hair” could be permanently banned from the English language, perhaps the division among black people could finally end. Who would have thought a mindset from the days of slavery could still affect the black community decades later?

It brings to mind that musical number from Spike Lee’s film School Daze, where light-skinned, long-haired women danced-competed against their brown-skinned, short-haired sisters. Although the film was a piece of fiction, that scene was rooted in fact. Slavery in the United States is legally over for African Americans, but vestiges of the light vs. dark competition that slave masters perpetrated are still felt today. According to Dr. Cynthia Robinson, black women still feel pressure to conform to a certain look, i.e. long, straight hair, and this pressure comes from family, friends and often, the men in their lives.

The Natural Hair Community on the Internet

The ‘net has been a boon for natural women. It’s easy to find a lot of information on hair care, transitioning and support. However, the community still engages in the good vs. bad hair debate.

When Andre Walker “defined” hair types in his book Andre Talks Hair!, the way black women think about hair texture changed forever, and not all for the good. For most African Americans, hair falls into one of two categories, according to Walker: type 3 and type 4. Type 3 can be ringlets of various sizes, while type 4 is generally a tighter curl or coil. When people throw around the term “good hair,” it’s usually type 3 they’re referring to.

Acceptance of all textures is the only way the black community will be able to move past this painful history and truly begin to embrace all hair, whether it’s wavy, curly, kinky curly or somewhere in between. Instead of defining hair as good, bad, 3 or 4, try to think of it in terms of:

When it comes to curls, each head of hair is unique, which is always a good thing.