Natural Hair Versus Straight Hair- The War Rages On 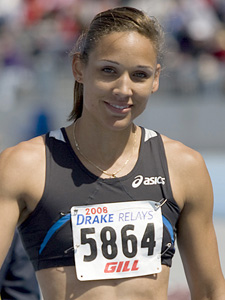 Twitter has been abuzz in the last few days because of Lolo Jones’ Twitter comments in response to a fan who chose to dress up like her for Halloween.

For those of you who are not familiar with Lolo Jones, she is a talented Olympic track and field and bobsled athlete.  She placed third in the 100 meter hurdle semi finals and fourth in the finals at the 2012 Olympics.

So here is the controversy: A fan of Lolo Jones posted a picture of herself on Twitter sharing the following sentiments along with a picture:

The fan was dressed in track gear, but was sporting her natural hair. Lolo wears her hair straightened.  Lolo’s response to the Twitter post:

It appears that many Twitter followers viewed Lolo’s comment as a kick in the teeth towards the woman who posted the pic and naturalista’s everywhere.

You can view pics and learn more about the controversy and the backlash against Lolo Jones on the Clutch Magazine website.