Why Tamron Hall’s Natural Hair is a Big Deal 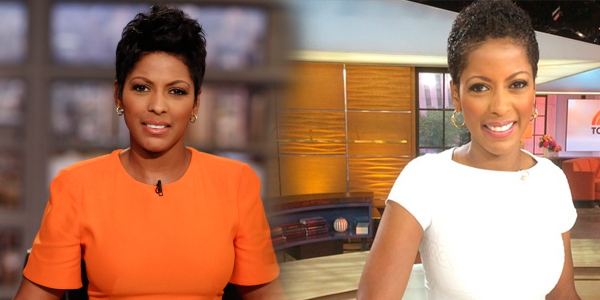 Tamron Hall: Before and After Natural Hair

On the morning of June 27, Today show’s co-host Tamron Hall debuted her natural hair for the first time on TV. The 43 year old who is also the show’s first female African-American co-host surprised her colleagues with the move. But judging on their reactions (and the majority of the viewers’ reactions), they are absolutely loving her natural ‘do.

Tamron did not exactly plan on appearing on the morning television show with her hair unstraightened. According to a tweet she shared on Friday morning, she was shooting with Bear Grylls in the wild and got back late on Thursday. She did not get much rest so she was too tired to straighten her hair.

And the natural hair movement is thankful for that.

It’s one thing to wear your natural kinks and curls to the office but it is another to actually sport it in front of millions of viewers. So Tamron’s decision can well be used by black women in corporate America to empower themselves and break common stereotypes.

Read more about the significance of Tamron Hall’s natural hair in this article from The Root.