“I Have a Nice Interesting Grade of Hair”: Do Celebrity Comments Reinforce The Good Hair, Bad Hair Divide? [Video] 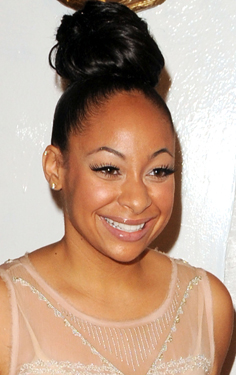 I am sure that you have heard the buzz by now about the Raven-Symoné interview with Oprah where she stated that she is “… tired of being labeled.  I’m American.  I’m not African American”. (You can view the video at the end of this post).

There are plenty of writers who have lit up the blogsphere and social media with opinions both pro and con about her comments.  What has not been discussed as much are Raven-Symoné’s comments about her hair texture so I felt that it was my duty to contribute to the discourse.  😉

I’ll start by stating that I’ve always been a fan of Raven-Symoné and continue to be a fan, but I have been left to ponder on her comments; particularly her attestation about her hair. During the interview with Oprah, Raven-Symoné commented on having “ …a nice, interesting grade of hair”.  Just what does that mean really?

Raven has touted her natural hair journey and her break from a dependence on weaves over the years so we deduce that her hair is chemical free and natural. Could she be referring to her nice grade of nappy/kinky/coily hair?  I don’t think so.  What made this particular comment stand out for me was her subsequent statement:

Some may say that I’m making a huge and incorrect assumption.  After all, how am I to know what is going on in her head?  Regardless,  I don’t think that I’m the only one who is pondering what she meant either consciously or subconsciously when you look at her comments in its totality.

I’m all for loving your hair whether it is naturally straight, kinky, curly or wavy but I’ll cut to the chase: The issue of hair within the black community in particular has always been a touchy subject.  The natural hair journey has done quite a bit to help empower, educate and raise self esteem where needed around an issue that used to be the black communities’ dirty little secret:  “Good” hair equals straight hair. “Bad” hair equals kinky hair.

We are all entitled to our opinion and I may be taking an innocent statement and blowing it out of proportion to some; but I do believe that those in the public eye have a heavier burden when it comes to thinking about how what they say may be interpreted.  Celebrities will always be under the public microscope whether it is fair or not.  It is par for the course in the industry.

Those in the public eye need to be more thoughtful about how they express opinions or at least put their opinions into some context so that they are not possibly misinterpreted.  Maybe Raven-Symoné doesn’t care what other people think.  She has the right to feel that way also.

Yet, comments about having an “interesting grade of hair” on the heels of a long list of non-black lineage may send a negative message.  There are young girls who are struggling to embrace natural hair versus straight hair. There are women who still feel that their natural hair would look better if it were curly and not kinky.  Comments like these in such a public forum like the Oprah interview only serve as a reminder of the straight versus kinky hair divide.