Linkedin
Amanda
I’m Jamaican-American; I come from a family known for having long hair. So of course when my hair didn’t budge an inch it was a disappointment. I decided to go natural after another horrible weave in the fall of 2013. My mother was opposed to the idea. However, after a bad relaxer, my mother had to do a big chop. It was inspiring for me to see a woman her age do a big chop, considering the fact that she’d been chemically altering her hair since she was in her teens. I decided that same year that I didn’t want to wait for the relaxer to leave; I wanted to give it an early eviction. In June of 2014, after several months of transitioning, I cut off my relaxed hair texture. Of course, my stylist was upset, but for the first time after many years, I saw my hair in its natural state. I’ll never forget that moment.
Latest posts by Amanda (see all) 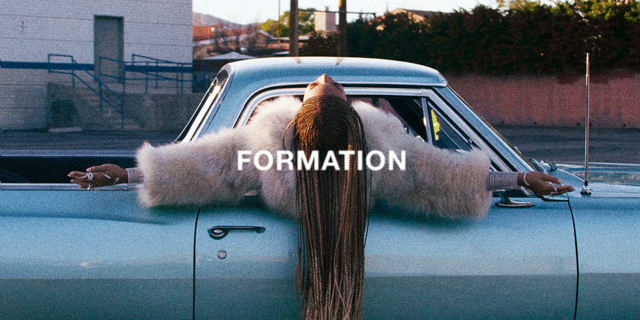 Natural hair, natural hair everywhere. Beyonce’s most recent music video, Formation had everyone in awe, and caused the right conversation and the right controversy. From Blue Ivy’s bold appearance to the down south New Orleans vibe, we were on the edge of our seats and hit the replay button right after.

We are all familiar with women from our community making not so pleasant comments about Blue Ivy’s hair. The sadness in the situation stems from the fact that a small child was being judged by grown folks. Was it because her hair wasn’t of a more wavier or curlier texture? Whatever the case may had been, it wasn’t right nor will it ever be right.  Beyonce made it plain as day, that she didn’t need unwarranted parental advice from the troll community; she likes her baby hair with “baby hair and afro”. Did anyone realize how much power that line had? Maybe it will inspire more and more Black women to take pride in their daughter’s natural hair and not try to change the texture of their in order to fit what society wants us to look like.

What about the dancers? I screamed out: “braid outs!”, “twist outs!”. Needless to say, I went ballistic, a good kind of ballistic. Honey! I thought I was watching an episode of Soul Train for a minute. When was the last time we’ve seen so much natural hair in one video? I’ll wait. I was waiting for someone to pull up with some cornrows and bantu knots. Let’s not forget that Queen Bey’s braids were on fleek as well.

Not too long after the premiere of the video, it received backlash. It was labeled as anti-police and ultra Black. But you know what, let them be mad, because we needed that video. With the controversy surrounding the Oscars and this era of police brutality on crack, this video brought awareness and instilled a pride in the many different aspects of our culture, baby hair and edges included. The title alone tells us to get “in formation’, which subtly means to get “information”. We need to understand that we as a people have many things to be proud of, the natural hair movement alone is a social movement that continues to grow. Black women…we slay.