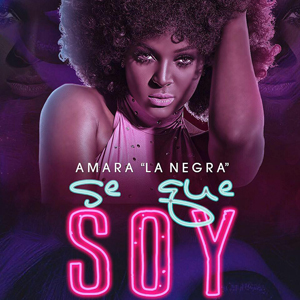 If you haven’t heard of the breakout star from the new season of Love & Hip Hop Miami, Amara La Negra, you will now. She is the dark-skinned Dominican beauty who’s been shutting down critics who dare to question her appearance. On the premiere episode, Amara La Negra is seen in a meeting with the music producer called “Young Hollywood” where he implied that her afro was not elegant. He stated that she should look “a little bit more Beyoncé, a little less Macy Gray.”  Her response to him garnered three of the reasons we currently love Amara La Negra.

1. She Embraces her Heritage

While some may not know what it means to be an Afro-Latina, Amara La Negra proudly identifies as such. Amara became visibly upset when “Young Hollywood” went on to make light of how “serious” she is about her Afro-Latina identity. She checked his outdated attitude by questioning his validity as a producer, and we were all here for it.

After “Young Hollywood” expressed that the industry was looking for a “cookie cutter” artist, Amara stated, “Not all Latinas look like J.Lo or Sofía Vergara or Shakira, so where are the women that look like myself?” After setting him straight, she promptly left the meeting uncompromised and with her dignity still intact. She announced to the world that Latinas who look like her do exist and need to be represented in the mainstream media as well.

In an industry that is constantly pressuring artists to wear long and straight hair, Amara did not succumb to the pressure. Her Instagram page is full of gorgeous pictures highlighting her chocolate brown skin and big curls. Refusing to be categorized as just a gimmick, Amara uses her natural hair to shine regardless of prejudice.

Amara La Negra took a moment of discrimination to challenge racial bias head-on by saying she was “extremely proud” of her brown skin and of the way “her hair curls” and that no one was going to take that from her. It is all the reasons we love her.