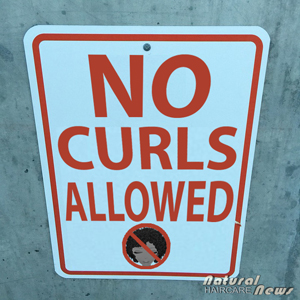 The Toronto District School Board has been hitting the headlines for its worrying rate of student expulsion. The majority of the cases are tied to disciplinary issues, but not this time around. A school board principal removed a black female student from class, not for a disciplinary case, but for wearing natural hair. According to City News, the principal admonished the Grade 8 girl for tweaking her normally braided hairstyle into a natural style. The principal, who to everyone’s shock, turned out to be a black woman, told the girl’s mother that no one would hire the girl if she was looking for a job. And if she was a working in a store, no one would buy anything from her because her hair was ‘too poofy’ and ‘unprofessional.’

The 13-year-old eighth grader said that this was not the first time the principal was admonishing her for wearing her hair naturally. In an interview with City News, she admitted that the whole ordeal was confusing. She couldn’t understand why wearing her natural hair was such a big deal or why it was bothering the principal. It’s hard growing up in this world as a black girl, it’s almost always the little the things that shouldn’t matter to no one but you end up being the center of controversy.

In her case, the 13-year-old black girl finds herself in trouble just because she chose to wear natural hair. Many people were surprised that the principal of Amesbury Middle School, who’s a black woman herself, would admonish a little girl for wearing her hair naturally with pride. According to the girl’s mother, the principal said that her hair should be pulled up, not be open in a natural kink. The fact that the principal is a black woman shows the depth of the problem. From a young age, young black girls are forced to conform to European beauty standards.

The principal’s frustration with this young black girl who chose to wear her hair naturally goes years back when she was a young woman herself. It must have been drilled in her that because she was black, she wasn’t beautiful. The young black girl with natural hair probably reminds her of herself at that age. Admonishing the little girl was seen to project her own childhood troubles as a black girl. Amesbury Middle School’s uniform policy doesn’t cover hair, so the students have the freedom to wear their hair how they want it. In this case, the principal’s actions against the student were totally unjustified.