Appreciating The Beauty of the Teeny-Weeny Afro | Natural Haircare News

Appreciating The Beauty of the Teeny-Weeny Afro 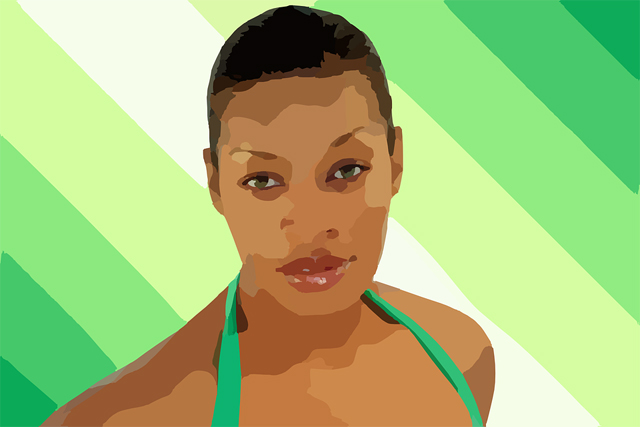 One of the biggest decisions that women who are considering going natural have to make is whether to go through the process of letting their hair relaxer grow out without cutting their hair –  or ‘going for the glory’ and starting anew by chopping off their relaxed locks.

In case you are new to the world of natural hair, the teeny-weeny Afro or TWA is the end result of cutting off the chemically treated relaxed hair at the point where the natural chemical-free hair and the straightened hair meet.  It’s also known as the big chop or BC.  The end result is a super short version of the Afro hairstyle.

It’s a big and sometimes a very scary proposition for many a new naturalista.  No surprise there.  It’s difficult for many of us to take the leap of faith that we’ll love the new look.  Women who choose the BC are faced with dealing with two major hair changes: learning to get used to the natural hair after years of relaxing and becoming accustomed to drastically shorter hair.

‘Going natural’ isn’t the primary reason for choosing the TWA.  For some women, the choice to do the big chop is based on a desire to get rid of damaged hair.  For others, a TWA is a personal statement that signifies freedom from the commonly accepted perception of what beautiful hair is supposed to look like: long and straight.

The latter perception which is mainly fueled by the imagery fed to us by the media is slowly changing. It seems that the TWA which was often viewed as an unappealing hairstyle is now making many take a second look. The contemporary, fresh, unencumbered look of short natural hair is in fact very appealing.  Lupita Nyong’o has helped to spur the appreciation of the TWA as a style that is beautiful and glamorous.

Check out the article in ChicagoTribune.com which shines a spotlight on how the TWA is becoming a preferred alternative to straightened, long hair.

You can read the full article here.