Embracing Our Own Standard Of Beauty | Natural Haircare News

Embracing Our Own Standard Of Beauty 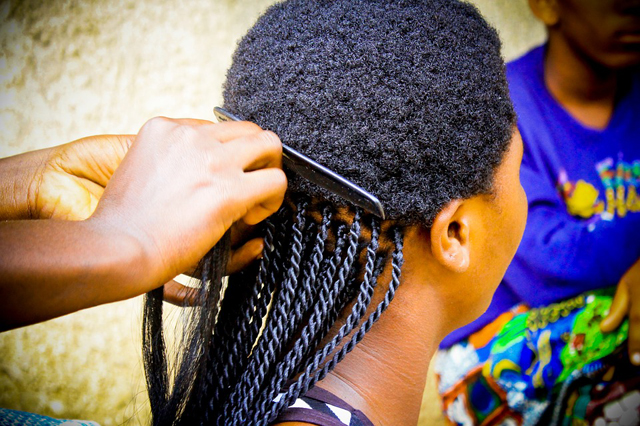 In the words of Malcolm X, we’ve been hoodwinked and bamboozled!

Most black people have been led to believe that they looked better, after conforming to a White European standard of beauty. A standard that began from a viewpoint of bias and bigotry and a self-serving desire to protect the majority party’s “investment” by stripping black people of everything that was authentic to them.

In an effort to gain control over the mind, body and souls of Black folks, particularly in the U.S. during slavery, we were told that everything about us was wrong, bad and sub-human. We were stripped of our culture and forced to assimilate to one that was alien to us.

The negative effects, on our self-esteem, have been felt, throughout the African diaspora, ever since.

Add the massive bombardment of media images and it has some black women longing to be something other than themselves and some black men clamoring for an ideal that excludes what could be the perfect mate!

Going forward, isn’t it high time we collectively regroup and get back to the truth?

How can we get back to a place of self-love and racial pride – and have it not be declared a ‘movement’? When can we stop denying all of who we are?

One strong feeling I have is that black men must get on the natural hair train in a bolder, broader way.

For instance, why are men from other cultures able to present themselves, without issue, with a full head of hair but Black men, even if their hair is groomed to perfection, aren’t presentable unless they wear extremely low and shaven styles?

Groomed afros and locs shouldn’t be out of the norm or considered a radical statement in or out of the workplace.  When both women and men claim these natural hair styles, attitudes will shift even faster.

A Call to Action.

My beautiful Black brothas, even if you’re not interested in courting or “connecting up” with a Naturlista, don’t treat her like a ‘sub-human’ for being black and natural. Any sistuh for that matter, regardless of how she wears her hair, smile at her. Say good morning, hello, how you doin’, look her in the eye, simply because she’s a fellow human being… and its a nice gesture from a nice person aka you!

Let’s stop buying into the false labels that all black women are “angry” and all black men are “no good”.

Let’s continue to educate ourselves about who we are and how we’ve contributed to the world. Let’s take control of our hair health and general health by understanding what’s damaging it and what makes it thrive.

Let’s shift our thinking and consciously embrace an authentic way of Being.

Let’s embrace and maintain our own standard of Beauty.

Our hair is only the beginning!